A look ahead to our midweek trip to Shropshire. 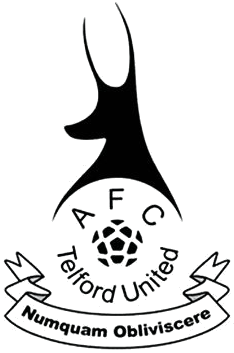 Farsley Celtic head to AFC Telford United on Tuesday evening, hoping to make it back-to-back wins for the first time this season.

The Celts will be up against a side that will be desperate for a turnaround in fortunes, with the Bucks currently bottom of the division with just one win so far in their 2022/23 campaign.

Their slow start to the season prompted an early change in management, with Paul Carden replaced by Kevin Wilkin, however, they have yet to see a change in fortune, losing their first four games under the ex-Brackley boss.

For Russ Wilcox’s side, Saturday marked a second-consecutive home win, and it is going forward where Farsley have seen the greatest improvement in recent times, scoring eight times in the past three outings.

One player who has contributed to the Celts’ recent improvements in front of goal has been Carlton Ubaezuonu, who has scored three goals in two games whilst playing further up the pitch.

Ubaezuonu said: “It was a different position, but I have the same sort of mentality. I want to win every game, I want to fight for every ball, and it was one of those games [against Banbury].

“The important thing was just to do what I’ve been asked by the manager, and I’m happy that we got the win and that I got a goal.

“I just have to keep going and keep my head down.”

After winning two of the last three games, confidence at Farsley is certainly growing heading into Tuesday’s contest.

“It’s the same as every game,” the Irishman continued.

“Every game’s a tough game in this league, you can see everyone’s beating everyone in this league, and it’s just about us going there and just doing the simple things right, doing the basics right like the gaffer’s been preaching to us.

“It’s just about going there and being confident, being the same as we were [on Saturday], and hopefully picking up points.”

Farsley received a boost on Saturday with the return of Lewis Turner from injury for the first time since early October.

Supporters can purchase their tickets online by clicking here.