Kian returned to us on loan from Bradford City in August, on a deal that lasts until early January. Scales, who has also had loan time at Bradford Park Avenue, had previously spent a spell on loan with us last season from the Bantams.

Aged 20, the promising midfielder has already earned 26 first-team appearances for the Valley Parade club, 22 in League 2, scoring his first senior goal against Colchester United in March 2021.

He progressed through the youth ranks at Bradford City, signing a first professional deal in 2020 before signing a two-year contract last summer. 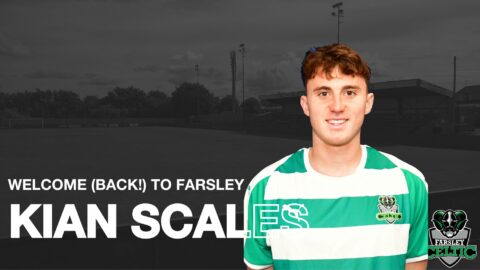 Farsley Celtic are delighted to announce the signing of Kian Scales on a one-month youth loan from Bradford City.