A look ahead to tonight's contest with King's Lynn Town. 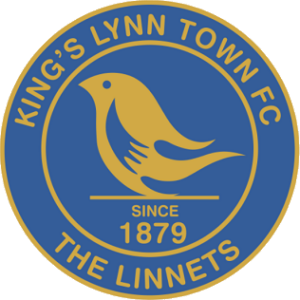 Farsley Celtic face a challenging task on the quest for three points, with high-flying King’s Lynn Town making the trip from Norfolk.

Whilst the Celts sit 23rd in the division, without a win in three in the league, the recently-relegated Linnets are seeking an immediate return to the top flight of non-league football, occupying second place.

The Norfolk side trail the league-leaders Brackley Town by just three points, but have three games in hand, a result of their Emirates FA Cup exploits this season.

Tommy Widdrington’s side will enter the game buoyed by a 2-1 victory over Hereford at the weekend, however, they have experienced relative struggles away from home in recent times.

They are without a win in their last three National League North road trips; although, they did defeat Doncaster Rovers away from home in the FA Cup during that run.

For Farsley, they have been a side plagued by inconsistency in more ways than one this season.

The Celts are yet to record back-to-back wins, whilst Russ Wilcox has been unable to name an unchanged starting XI since September 3rd.

Reflecting on his side’s recent run, Wilcox said: “It’s been the same scenarios where we play well and get beat.

“I’d love to say we’ve got away with one, we didn’t play that well, but we’ve nicked a 1-0 win, but that’s not happening too many times, so that has to be addressed.

“I do feel like we’re running out of gas at times, we’re having to put players out there who in an ideal world wouldn’t be, with the injuries and suspensions that we’re having to deal with.

“It’s fine margins, and we seem to have found ourselves on the wrong end of those recently.

“I personally have to do better, there’s something that’s not quite happening.

“What I can say is that the lads are giving everything each game.”

Farsley will be boosted by the return of Isaac Assenso and Tom Allan from suspension, but Kian Scales remains unavailable as he serves the second of his three-match ban.

The Celts will have to check on the fitness of Chris Atkinson after he was forced off on Saturday.