A look ahead to our long trip to Gloucester. 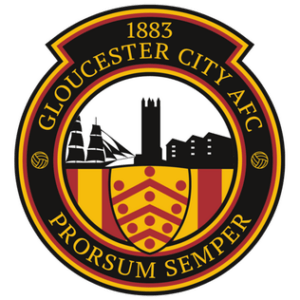 Farsley Celtic will be looking to return to winning ways on Saturday, making the lengthy trip to Gloucester City.

The Celts suffered a 3-0 defeat at the hands of Southport last time out, but will be buoyed by their successes on the road, having defeated Kidderminster Harriers at Aggborough in the prior fixture.

This weekend’s opponents got the better of our contests last season, running out 2-0 winners at the TigerTurf Stadium, before snatching a 2-1 win at the Citadel following two dramatic late goals.

The Tigers squad features a familiar and popular face to Farsley supporters, with Kennedy Digie, who enjoyed a successful loan stint at Farsley last campaign, now a part of Steve King’s squad in the South-West.

For Farsley, improved fortunes on the road give cause for optimism heading into the weekend, as Russ Wilcox said: “Everybody’s sort of banging the drum about our home form, which I get, I’m not saying it was a fortress last year but it’s where we picked a lot of our points up, but nobody’s mentioned we’ve got two away wins this season when we had two all of last season.

“We’ve won two away in five this year, but I think we’re probably in a negative world at this moment in time when people like to jump on the negatives instead of the positives.”

This weekend will be the first time this season that Wilcox’s side has played on an artificial surface, something Gloucester have possessed since their return to the city.

He continued: “It always does [throw something different in the mix], they’ll play a different way, it’s a crazy league this one, full of everything.

“It’s a fascinating league, you only have to look at last week’s game on a bowling green against a team that plays, and then back on our pitch on Saturday which isn’t great, and we need to be more adaptable.”

TEAM NEWS
The Celts will be boosted by the return of Chris Atkinson after the midfielder served a one-match suspension.

Lewis Turner remains sidelined, whilst Farsley will be waiting to see if Andy Butler and Adam Clayton are able to make a return.

TICKETS
Supporters should purchase their tickets in advance, with prices rising on matchday.

You can do so HERE.