A look ahead to Saturday's trip to Victory Park. 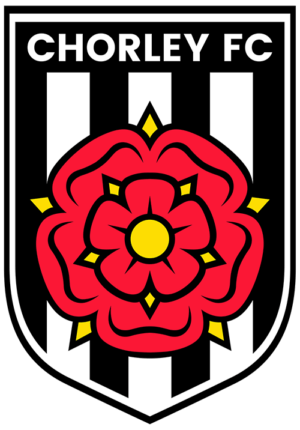 Farsley Celtic will be looking to make it back-to-back wins for the first time this season when we travel to Chorley on Saturday.

Goals from Bobby Johnson and Tom Allan saw the Celts defeat Kettering Town 2-0 on Tuesday, earning a first home win of the season, a win that moved Farsley out of the relegation zone.

Chorley enter this weekend having won just one of their previous five National League North outings – a run that characterises their inconsistent season so far, in which they have won four, drawn six, and last four.

They will be eager to get back to winning ways this weekend, after suffering defeat at Aggborough in midweek, losing a tight contest against Kidderminster 1-0.

For Farsley, Tuesday provided the perfect tonic after a disappointing defeat at Gloucester City at the weekend.

Kian Scales was instrumental to the Celts’ success against Kettering, and he said: “We were disappointed with Saturday, especially after how we started, we didn’t want that to happen again, even in the Southport, we played well in the first 45.

“But we wanted a full 90 minutes, where we can say we gave everything, worked hard and did the basics right, and I think that is what we did.

“It was a heck of a performance, and the lads can be happy.”

And it’s a result that instils a renewed confidence heading into the weekend, as Scales continued: “It’s massive, it gives us a bit of confidence again after the two defeats. We had the Kiddy win, and confidence shot up, but then two defeats, it’s not put us back down, but we knew we needed to put in a good performance.

“Hopefully we can back that up at Chorley on Saturday and get back-to-back wins on the board.”

Andy Butler, Adam Clayton and Lewis Turner are all unlikely to feature through injury.

Butler is awaiting the results of a precautionary scan on his leg, whilst this game comes too soon for Clayton.

Cash turnstiles are in operation at Victory Park.