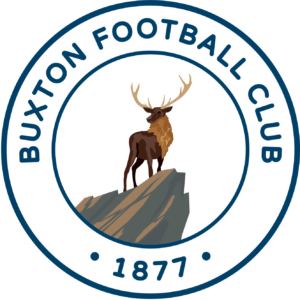 Farsley Celtic recorded consecutive wins at the Citadel on Tuesday evening after edging out Buxton FC 2-1 in a crucial six-pointer in the Vanarama National League North.

First-half goals from Kian Scales and Jimmy Spencer were enough to secure the three points for the Celts, who stood firm to withstand the visitors’ pressure in the second half.

The first opportunity of the match fell to the visitors when a poor pass from Tom Allan allowed Tommy Elliot to steal the ball and dart towards the goal, only to be denied by Andy Butler who tracked back well to stop a one-on-one chance for Elliot.

Farsley would come close themselves on the 25-minute mark when Frank Mulhern rounded Theo Richardson in the Buxton goal, only to lose his composure and scuff the finish wide.

Mulhern then had another great chance to open the scoring just seven minutes later, breezing past Max Conway to go through against Richardson, however, the forward placed his effort just millimetres wide of the left post.

The Celts would find the breakthrough ten minutes before the interval with a stunning counter-attacking goal. Jimmy Spencer laid the ball off to Kian Scales just outside the Farsley box, who then darted up the pitch before playing a one-two with Mulhern and calmly slotting home from inside the box.

With the half drawing to a close, Russ Wilcox’s side doubled their lead to move firmly in control. A corner which was swung in by Lewis Butroid found the head of Jimmy Spencer whose header trickled past everyone in the box before nestling in the bottom left corner.

The second half began in the same style as the first, with both sides battling for control in the middle of the park. However, the visitors halved the deficit through Sam Osborne after the winger arrived at the back post to tap the ball into the net from close range.

The away side continued to push for an equaliser and came close with 13 minutes left on the clock when Osburne was involved again, bursting down the left wing and firing a shot at the near post, forcing Dearnley to save smartly with his feet.

Whilst the Bucks would continue to push for a leveller, that would be the last real opening they could carve in their efforts to take something back to Derbyshire.

The result sees Farsley move within two points of their opponents, and safety, with the Celts next in action on Saturday at Curzon Ashton.