A look ahead to our Isuzu FA Trophy fourth round clash with Marske United. 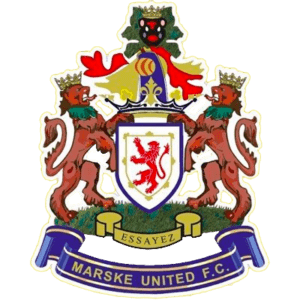 Farsley Celtic will be looking to reach the Isuzu FA Trophy last 16 for the first time on Saturday, when Marske United visit the Citadel.

The Celts last reached this stage of the competition in the 2019/20 season, bowing out to National League side Barnet following a 2-0 replay defeat at the Hive.

Saturday also presents an opportunity for the Celts to get back to winning ways after back-to-back defeats on the road in the league, and kick off a run of four straight home games in perfect style.

Northern Premier League side Marske will be featuring in the stage of the competition for the first time, defeating Clitheroe, Chasetown, Matlock Town and Marine to reach this stage.

Like Farsley, the Seasiders have had a difficult season in the league so far, sitting in the relegation places of the Northern Premier League, albeit with a number of games in hand on the teams around them.

“As soon as the final whistle went (on Tuesday), my mind went on to Marske, I watched their game on Hudl.

“They’re a decent outfit, obviously only one league below, it’s an opportunity for us to get through but we know it’s going to be a really tough game, and we’re looking forward to it.”

Chris Atkinson returned to the side for the first time since December 20 on Tuesday, completing just over an hour following his recovery from illness.

Russ Wilcox is hopeful that Frank Mulhern will be available after suffering a knock last Saturday that caused him to miss Tuesday’s trip to Hereford.

Tickets can be purchased on the gate using cash or card.