Celts drawn away to Hungerford Town in FA Trophy 5th Round

Farsley Celtic will travel to Hungerford Town in the fifth round of the Isuzu FA Trophy after the draw was made this afternoon live on Talksport 2.

The Celt Army will make the trip to Berkshire to face Hungerford as the two teams meet for the very first time at Bulpit Lane, on Saturday 11th February.

The Crusaders are currently at the bottom of the Vanarama National League South, a league they’ve competed in since 2016.

Further details about the FA Trophy tie, which sees Farsley just three victories away from May’s showpiece final at Wembley Stadium, will be announced in due course.

The full Isuzu FA Trophy fifth round draw can be viewed by clicking here. 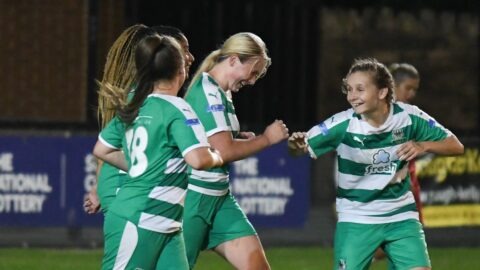