Farsley Celtic are deeply saddened to announce the death of former Chairman John Palmer, who passed away peacefully in his sleep at the age of 86.

John, alongside his wife Margaret, devoted much of his life to Farsley Celtic, and is chiefly responsible for ensuring that there is still a football club in Farsley to serve the local community.

Palmer’s association with the club stretched back 50 years, beginning in 1972 when he was asked to get involved at Throstle Nest by a friend.

In 2010, John, alongside his family and John and Dorothy Farrell, secured the future of football in Farsley after the demise of the original Farsley Celtic club, reaching a deal with Leeds City Council after they had bought back Throstle Nest from the administrators.

The Celts would restart life under Palmer’s stewardship in the NCEL Premier Division and went from strength to strength, securing three promotions, and a return to the National League North, during his nine years as chairman.

Everyone at the football club would like to express their condolences to Margaret and all of John’s family.

Director Rob Winterbottom said: “I will personally never begin to underestimate what John Palmer has done for Farsley Celtic.

“John has been the life of the football club over many, many years and I am personally devastated by his passing.

“John gave a lot of his life to his football club and everyone connected with Farsley Celtic should be eternally thankful for that.

“I would like to send my condolences and that of all at Farsley Celtic to Margaret and all of his family at this time.

“John, to me, you’ll always be an unofficial member of my family. Rest in peace, my dear friend.” 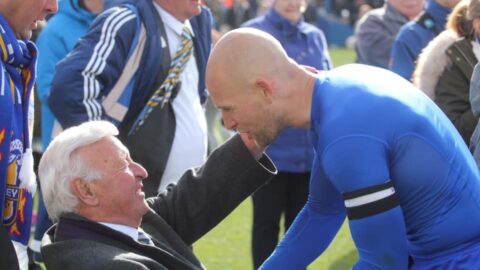