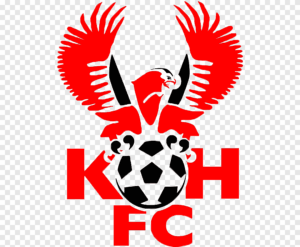 Farsley Celtic earned their second win of the season with an outstanding 2-0 success on the road at Kidderminster Harriers.

The Celts entered the weekend with just one win in 10 games to begin the campaign, despite their performances arguably warranting a much greater return.

And they got what they deserved this time out, goals from Tom Allan and Jimmy Spencer securing a hard-earned and important three points.

In truth, it was a game in which goalmouth action was sparse, with Russ Wilcox’s men well-organised to thwart the hosts who rarely threatened despite their domination of possession.

It would be from the first real opening that Farsley took the lead; Bobby Johnson delivered an excellent cross from the right, with Tom Allan rising highest to power home a header into the top corner.

That goal failed to spark the Harriers, unbeaten in six, into life, with both sides limited to half chances in the remainder of the half.

Frank Mulhern forced the hosts’ shot-stopper Tom Palmer into action with a snap-shot from the edge of the box, whilst Ashley Hemmings fired over from distance for the hosts.

Kidderminster’s biggest chance to level came 12 minutes after the interval as they broke down the right, Yusifu Ceesay slipping in Hemmings who was denied excellently by the onrushing Max Dearnley.

Ceesay was involved again as the hosts threatened once more, his ball finding Gabby Rogers who laid the ball off neatly for Scott Burgess 15-yards from goal, but he would be thwarted by Dearnley.

Then came the decisive moment. Jimmy Spencer was alert to nip the ball off the Harriers’ defence on the halfway line, breaking through on goal, and keeping his cool as he finished superbly into the bottom corner with the outside of his boot.

The Celts would be forgiven for thinking the game was not sealed, however, there was no cause for concern this time around as the remaining 15 minutes were seen out with relative ease.