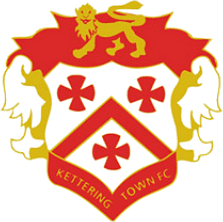 Farsley managed to snap their two-game losing streak and earned their first home win of the season following an outstanding performance in a 2-0 win over Kettering Town.

Farsley were free-flowing in spells during the first half, and defended well as a unit to preserve a well-deserved clean sheet, particularly for goalkeeper Owen Mason.

A sublime volley from Bobby Johnson and a tap-in from Tom Allan, after superb work from Kian Scales, was the difference between the two sides at the Citadel.

Kettering had no answer for the wingbacks of Farsley Celtic as front-men Jimmy Spencer and Frank Mulhern managed to link up well with Scales and Lewis Butroid respectively.

Farsley’s third win of the season ensures they leapfrog Kettering in the league and climb up to 19th and out of the relegation zone.

It was a bright start for the Celts, with Kian Scales repeatedly finding joy down the right-hand side in the first ten minutes.

The first real opening arrived when Johnson’s corner was met by Tom Allan, who came agonisingly close to giving Farsley the lead, but his header went slightly over.

Kettering’s first chance came when Ben Sault’s lofted ball into the box found Sam Bennett, but his header was easily claimed by Mason.

The visitors then threatened again as their skipper Gary Stohrer found himself through on goal, only to be denied by the outstretched arm of Mason.

Farsley then came close at the other end, a great attacking move seeing Butroid find Spencer at the back post, as his header forced a great save from Harrison Foulkes.

However, the breakthrough would come for the hosts, and it came in spectacular fashion. As the ball dropped 20-yards from goal, Johnson delivered a thunderous volley into the top left corner.

Owen Mason was called on again after the break to deny the visitors an equalising, producing a strong hand to deny Keaton Ward low down after the forward broke through on goal.

Kian Scales, causing problems for the Poppies’ full-backs all evening, would be at the centre of the action as the Celts doubled their advantage.

The wing-back tore down the right, and skipped past his man before his low ball across the box was swept home by an unmarked Tom Allan with just under twenty minutes to go.

Farsley would have to produce one more moment of heroic defending, Mason tipping a Kettering attempt onto the bar before Ward’s follow-up attempt was cleared off the line by Dave Syers.

From that moment on it was Russ Wilcox’s side who looked the most threatening, with Mulhern coming close on two occasions late on, with Foulkes making a brace of fine saves.

However, it wasn’t to matter, and Farsley will look to continue their momentum in their next fixture away at Chorley on Saturday.