Farsley Celtic are delighted to announce the signings of Isaac Assenso, Carlton Ubaezuono and Chinedu Osadebe.

All three signed ahead of Saturday’s draw with Spennymoor Town and were named on the bench, with Carlton Ubaezuono and Chinedu Osadebe both making their Celts debuts.

Isaac Assenso joins the Celts having most recently been with Scarborough Athletic.

The right-back has been training with the club since pre-season, as he concluded his rehabilitation from an ACL injury.

The 25-year-old, who can also operate in defensive midfield, came through the ranks at Leeds United, before moving to Scunthorpe United in 2015.

After departing Scunthorpe in 2016, he would spend time with Ossett Town, Hartlepool United and Belper Town, before making the move to the Seadogs.

Left-sided player Carlton Ubaezuono, who can operate at left-back or left-wing, joins Farsley having most recently been with League of Ireland First Division side Athlone Town.

Born in Johannesburg, South Africa, Ubaezuono has played his entire career in Ireland, starting at Dundalk.

After leaving Dundalk he would sign for Longford Town, making the move to Galway United in 2020.

After two years with the Tribesman, Ubaezuono moved to Athlone Town earlier this year.

Chinedu Osadebe signs for the Celts having most recently featured for Banbury United.

The striker first ventured into non-league football down South, spending time with Witham Town in Essex, as well as Hertfordshire side Bishop’s Stortford.

He then spent time with Banbury last season, a side who won promotion to this level from the Southern Premier Division Central. 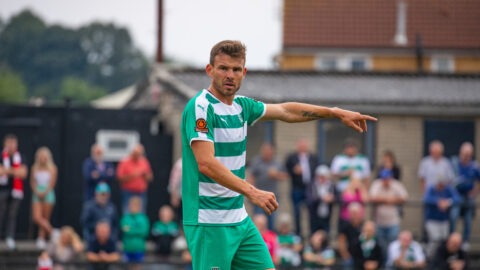