A look ahead to our trip to the North East. 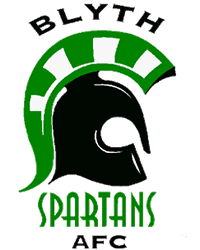 Farsley Celtic will be looking to return to winning ways this evening, as we make the trip to Blyth Spartans.

After Saturday’s visit to Hereford was cancelled, the Celts will return to action for the first time since last weekend’s defeat at home to Scarborough Athletic.

Both Farsley and the Spartans find themselves towards the wrong end of the table at this early stage, with Blyth suffering a heavy defeat at the hands of Peterborough Sports last weekend.

In fact, the North-East side have already seen a change of manager this season, with Terry Mitchell replaced by the former South Shields supremo Graham Fenton.

It was just a few months ago that these two sides met at Croft Park in a crunch tie in the fight to avoid relegation, and it was the hosts who took the spoils that day; JJ O’Donnell striking at the death to hand his side an all-important three points.

Ultimately, it wouldn’t be a season-defining loss for Russ Wilcox’s side, who bounced back to also ensure our Vanarama National League North status would be maintained for another season.

TEAM NEWS
Lewis Butroid remains sidelined as he continues his recovery from an ankle injury sustained at Brackley.

Bobby Pointon will be available to make his Farsley debut, after signing on loan from Bradford City for the next two months.

TICKETS
Tickets can be purchased at the gate, or in advance online.

You can purchase tickets in advance HERE.