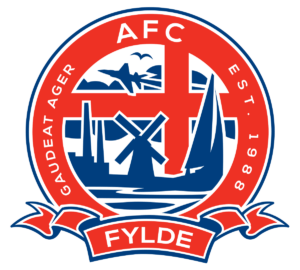 Farsley Celtic have been drawn away to fellow National League North side AFC Fylde in the Emirates FA Cup second round qualifying.

It will be the second meeting between the two clubs this season, with James Rowe’s side already tasting success against Farsley, after their tight 2-1 success at the Citadel back in August.

The two clubs also have previous in the FA Cup, meeting during the 2020/21 season, when a 3-1 victory saw AFC Fylde progress to the fourth qualifying round.

The tie will take place at Mill Farm on Saturday 17th September.

The victorious side in the second qualifying round will receive £3,375 in prize money, whilst the losers receive £1,125.