Farsley Celtic are delighted to announce that Kian Scales' loan spell has been extended.

Scales will now remain with the Celts until 2nd January 2023.

The 20-year-old midfielder joined on loan from Bradford City for an initial month and has made four appearances so far in his current stint with the club, registering his first goal in our 3-0 victory at Brackley Town.

Scales first played for the Celts on loan from the Bantams last season, making seven appearances in a two-month spell from November to January. 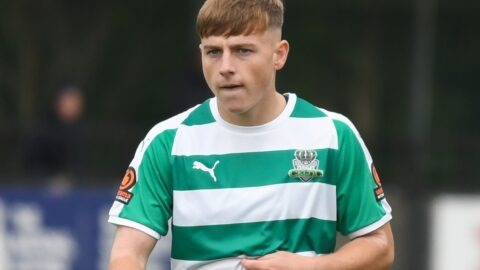