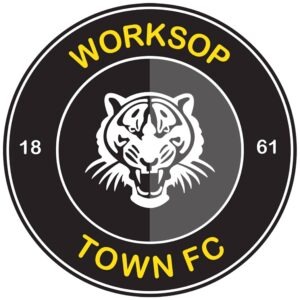 Farsley Celtic were beaten 2-1 on the road at Worksop Town in the second game of pre-season, with Russ Wilcox’s side earning further important game time ahead of the new season.

The Celt Army got off to a strong start and took the lead with the first real chance of the game on the 16-minute mark when Luke Parkin found Jimmy Spencer on the right side of the box, whose first-time effort found the bottom left corner with precise accuracy.

The hosts almost hit back immediately and would have had an instant equaliser if Paul Green had kept his strike down instead of flashing over the bar.

This brought the end of the first of three 30-minute periods to be played in the match and only two minutes after the restart, Farsley came close to doubling the scoring with a lob that almost caught Sebastian Malkowski, in the Worksop net, out by surprise.

The home side continued to apply pressure and after 52 minutes they finally equalised through Luke Hall after the attacking midfielder dinked the outrushing Tom Morgan to level the score.

Worksop capitalised on the momentum and five minutes later, they were in front when Green sprinted down the right wing before finding the far corner with a low, driven shot.

Farsley could have found themselves 3-1 down before the end of the second period when James Hanson was sent through on goal, however, Morgan came out quickly to keep the Celt Army in the match.

Wilcox made plenty of changes for the third and final period of the match, introducing a number of academy prospects into the game as he did at Hemsworth.

The final thirty minutes produced limited opportunities for both sides, with Farsley’s only real opportunity coming from Jacob Gratton.

A cleared corner found its way out to the winger on the edge of the box, however, his strike was always rising and flew just over the crossbar.

The Celts continue their pre-season preparations on July 12 when Farsley travel to South Yorkshire to face Central Midlands League North side Club Thorne Colliery at the Welfare Ground.