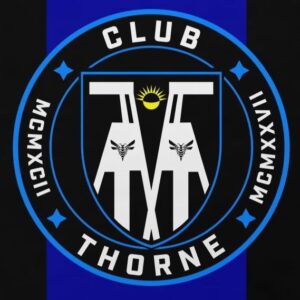 Farsley ran out comfortable 5-0 winners in their latest pre-season tie, against Club Thorne.

The Doncaster-based side, who play in the Central Midlands League at Step 10 of the non-league pyramid, found themselves a goal behind in less than two minutes after a strike from Frank Mulhern.

A quick-double around the half-hour mark from academy player Ousaney and forward Jacob Gratton saw the Celt Army go in 3-0 up at the break.

Russ Wilcox brought out an almost entirely different XI for the second half but Farsley’s dominance continued, with two more goals in quick succession from Mwiya Malumo and George Hornshaw rounding off the rout.

Farsley’s pre-season schedule continues on Saturday as they play their first home friendly of the summer. National League South side Tonbridge Angels will bring similar level opposition as the Kent-based side travel to the Citadel for the first ever meeting between the sides.